Asshole, similar to Kings Cup, is a drinking game that you will find being played globally. This, in large part, owes to its simplicity and the fun that can be had with the game rules, as well as its ability to help all players have a few beers!

While you might find other different players give it a different name and even have different rules, the principles of the game are mainly the same as what we have laid out in this post.

Some alternative names from around the world are President, Scum, Warlords, Butthead and Root Beer, amongst others. Rumour has it that this game was founded by four Australian students who were looking for a fun new drinking game. We could bore you with the full history, but let’s move on to the good stuff – The game itself!

One of the biggest plus points of Asshole is how simple it is to set-up. All you need are:
A deck of cards
4 -7 players
Beers
A big enough playing space for you all to sit around, such as a table
Pen and paper for scoring (optional)

This simple set-up means Asshole can be played virtually anywhere. You could even practice without the beers, but where’s the fun in that?

The objective of the game is to get rid of all of your cards as quickly as possible. The first player to do so becomes the President, while the last person left holding their cards is crowned the Asshole.

The game as a whole can be won two ways – By adding up how many times each player has been the President and Asshole (we will explain these later) or by giving each rank a score – You will need to decide beforehand what score needs to be reached to end the game. 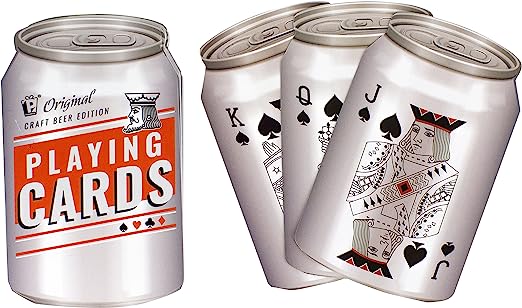 The Vice-President is the player who gets rid of their cards second. If scoring, award this player 1 point.

This is the player who comes second-from-last. This player is given -1 points if scoring.

The Asshole is the player left holding their cards after every other player has discarded theirs. This player is given -2 points if scoring.

These ranks are useful to include when you are playing with more than four players.

Neutral: When playing with 5 players, this is the player who comes in third. If scoring, they score 0 points.

Upper Neutral: Similar to above, this role is introduced when playing with six or more players. This is the player who finishes in third or fourth and scores 0.

Lower Neutral: When playing with six or more players, this can be the person who finishes in 4th with a group of six players or 5th in a group of seven players.

If you are playing with six players, the easiest thing to do is remove the Neutral rank and play with Upper Neutral and Lower Neutral.

To summarise, this is the order of rankings and their scores:

When playing with seven players, use all of the rankings above. When using fewer players, remove the ranks from the middle, working outwards. You cannot play with less than four players; it takes away the opportunity to call somebody an asshole!

The dealer starts by dealing all of the cards clockwise to all of the players.
In Asshole, the number 2 (get it?) is the highest-ranking card, with the 3 also holding special powers. The ranking of cards is as follows:

2 of any suit: A 2 can be played at any time and clears the round. For example, if you cannot lay higher than a 10, laying a 2 will reset play and clear the deck.

The player who has the 4 of Clubs in their hands starts the round. The next player then has to lay a card of equal or higher rank.

If a player plays a card of the same rank as the card just laid (e.g. the 4 of Diamonds) the next player round has to skip their turn.

If a player has two or more cards of the same rank (e.g. two 5s), they can lay these all at once. The next player then has to lay at least two cards of an equal or higher rank.

f a player is unable to lay any cards, they can pass their turn.
Gameplay continues until a play is made where every player passes. When this occurs, all played cards are pushed to one side and the last player to lay a card restarts the game.

Play continues until only one player is left holding cards. The last player holding their cards is the Asshole!

Passing: It is important to remember that you DO NOT have to play cards even if you can take a turn – You can choose to pass in order to make your future rounds stronger. This could, for example, help you ensure that the player next to you cannot go, making them more likely to be the Asshole!

Once the first round has been played, you should now have a President, Vice-President, Vice-Asshole and Asshole. Each of the players has special privileges or forfeits, depending on where they finish. Neutrals receive neither:

Vice-President
At the start of the round, the Vice-President can request a card from the Vice-Asshole in exchange for a card of their choice.
Goes second in the round
Can tell anyone other than the President to drink

Neutrals
Have no power but receive no punishments except when ordered to drink
Vice-Asshole
Gives the Vice-President a card of the Vice-President’s choosing before each round in exchange for one of theirs.
Goes second to last
Can make the Asshole take a drink

As you can tell from the above, being the Asshole is not a position you want to find yourself in – once you are in that chair it can be hard to get out!

Drunk Stoned or Stupid [A Party Game]
$18.00
250 prompt cards to decide who in the group is MOST LIKELY TO… 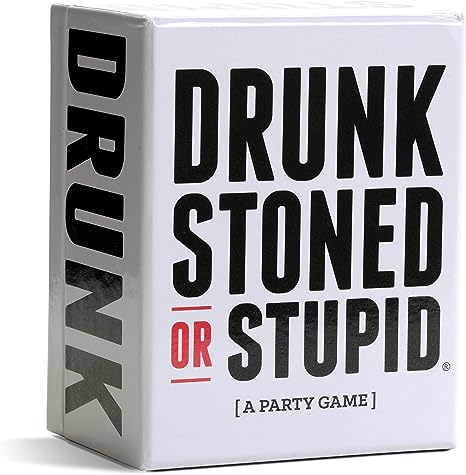 The less inebriated of you may have read this far and realised that we have barely mentioned the drinking rules of this game. Don’t worry, we have you covered! The most common ones are as follows.

When you pass: Take a drink

When you get skipped: Take a drink

When a 2 is played: Everyone drinks

When the President calls a Board Meeting: Everyone waterfalls. For the uninitiated, a waterfall starts with one-person drinking. As soon as they start drinking the person to their left also starts. This continues around the circle. You can only stop drinking when the player to your right stops drinking The President can call a Board Meeting at any time during the round.

When a higher rank tells you to drink: Take a drink

The President is also allowed to add extra rules as they see fit, but these only last for as long as they are President – If this is you be warned, with great power comes great responsibility. It’s fun when you are on top but the Asshole will remember your reign on the day that they become President!

Some popular rules that can be made by the President are as follows:

Thumb Master: At any point during their reign, the President can put their thumb on the table. Every player then has to do the same. The last player to do so takes a drink.

Weak-hand drinking rules: Everyone has to drink using their weaker hand. Anyone caught not doing so has to immediately down their drink.
Tiny man: Everyone has an imaginary little man sat on the rim of their glass. Each time they drink they have to take the little man off of their glass using their finger and thumb, put him on the table, drink and then put him back. Anyone who fails to do this must drink.

The above rules sum up how to get a game of Asshole started and how to play, so if you have read up to this point you are good to go. Below we have included some alternative rules you can add to mix up the game if you so choose!

Pick up the deck: If every player passes the player after the last player to lay a card has to pick up the entire deck of cards and add them to their hand.

Jokers can be introduced to the game and can be used as special cards. Examples of rules that can be applied to a Joker are as follows:
Jokers are wild: A Joker has any value, meaning it can be laid on any card, with the player who plays the card declaring what card it represents – It can represent special cards.
Jokers are transparent: Jokers are completely transparent, meaning the next player has to match or place a higher card than whatever was laid prior to the Joker being played.

The player can still the role of President, swapping their role with that of the President. This is best played early on to see maximum benefit.

8 is low: If an 8 is played, the next player has to lay a card of equal to or lower than an 8.
9 is reverse: If a 9 is played, the order of play is reversed.
4 of a kind burns the deck: If 4 of the same cards are played (either by one player on in subsequent plays by multiple players), the pile is discarded.

Asshole is a lot of fun to play with friends, as it blends the strategy of a card game with having some beers. All you need to get this game started is friends, drinks and beer, so give it a go and see whether you are made to be President or are destined to forever be the Asshole.

Drawing Without Dignity - an Adult Party Game
$24.99
Uncensored Pictionary-style adult party game that pits you and your disturbed friends against each other in a race to draw and guess unconventional clues 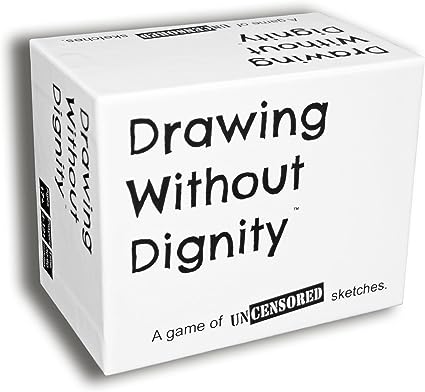