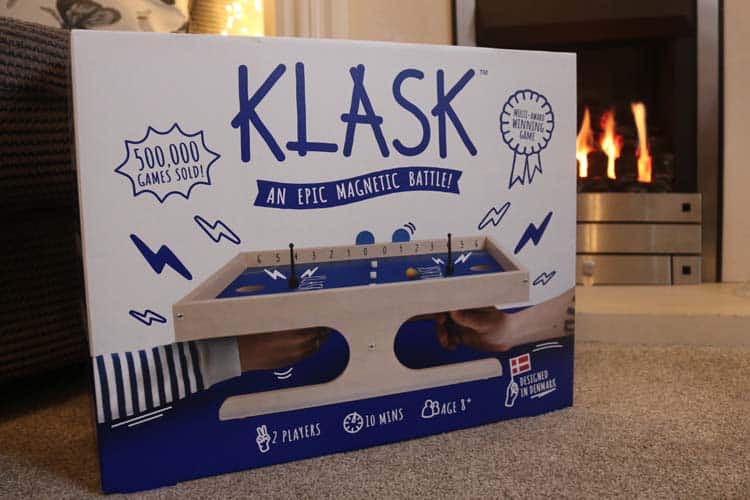 If you live outside of Scandinavia, you have probably never heard of Klask. Chances are you will know all about it soon enough; this tabletop game is taking over! This addictive game is starting to pop up in pubs all over the country. Play Klask once, and it will immediately become clear why this game is gaining soo much traction.

Klask is the #1 ranked party game in Sweden & Norway, which is now spreading across the world. Billed as a cross between Fussball and Air Hockey, this simple to pick up game is insanely fun to play. The board utilizes magnets to allow two players to challenge each other to an epic contest.

How to play klask

Setting up Klask is incredibly simple, you will be ready to play in around 30 seconds. The board comes pre-assembled so there is no messing around with tools and screws. Just simply set up all the pieces and you are ready to go, that’s all there is to it.

The most natural game to compare it to is air hockey. Klask is played on a wooden board complete with hidden magnets. You play with a small magnetic piece that you control by moving a magnet on the underside of the board. Those players inclined to bend the rules will be frustrated by a divide down the middle of the table, which forbids you from playing in your oppositions half.

The game’s aim is to score a goal using your tabletop piece. The ball used in Klask is nonmagnetic and free to move around the table. The goals are circular and built in the center of the table at each player’s end. While this sounds simple enough, the game is complicated by ‘Biscuits’ small magnetic pieces set up as obstacles in the middle of the playing field. These biscuits will attach to your player, and if two or more become stuck to your player, then the opposition scores a point.

Klask is a really fun game to play and we can see why it is quickly gaining popularity. Easy to pick up and play this tabletop game is perfect for any gathering. Crack open a few beers and play some Klask. It plays very similarly to air hockey, but obviously without you having to invest and store a massive air hockey table!

Where to buy klask

Klask can be found on Amazon with prime delivery. It is also available in some specialist board game stores. 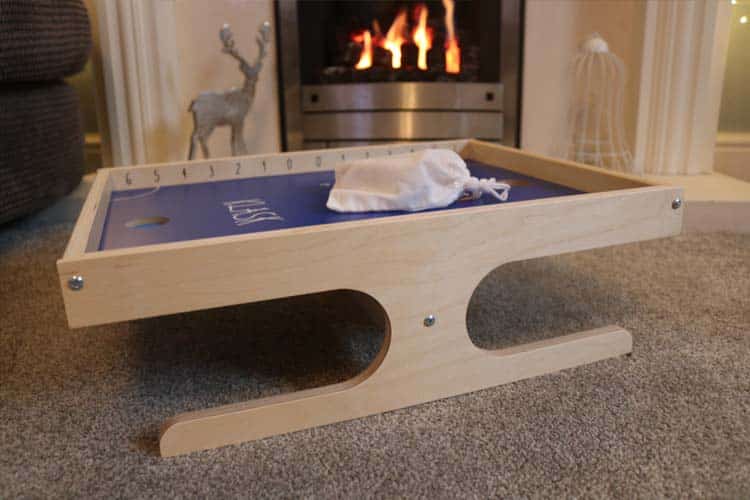 The History Of Viking Board Games

You could say boardgames are in the Danes blood, so its no surprise to see a smash hit like Klask come out of the country. The Vikings were avid board game fans and as you can imagine loved a drinking game or two. One such drinking game we know of involves two teams taking it in turns to out drink and out insult each other, the test was to see which team could remain the most articulate and funny with their insults.

This was the board game commonly accepted by historians to have been the most popular amongst the Vikings. Unfortunately, the rules have been lost to time, but we do know that it was a strategic, skill-based game. Some Tafl games have survived and can be played now, however they are based on a relatively unambiguous rule set.